The Science Behind Altitude Training 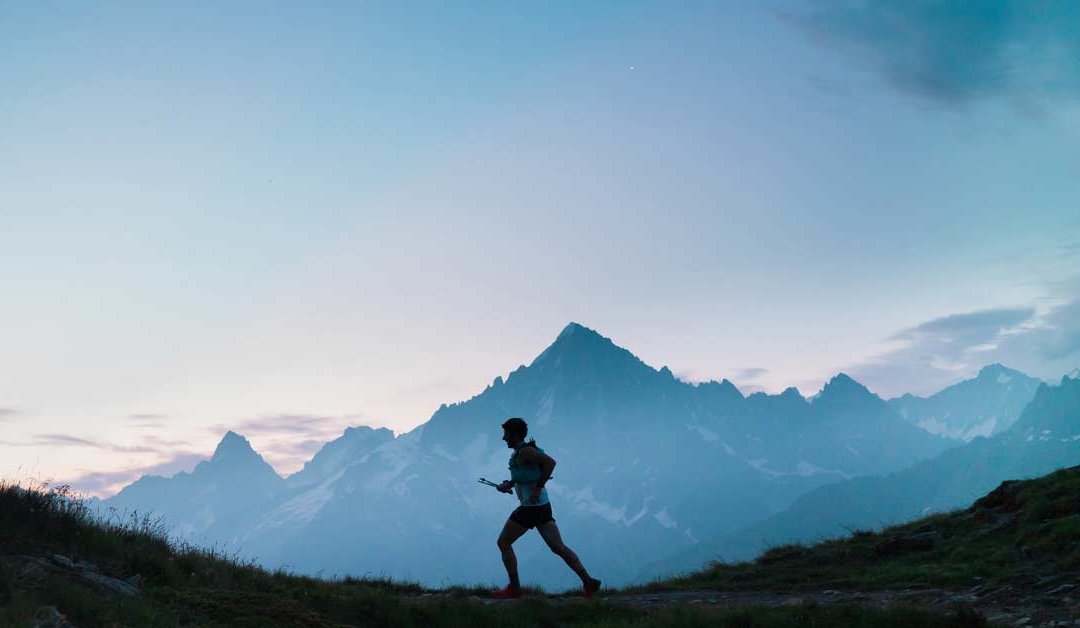 The Science Behind Altitude Training

Exercise is broadly split into two categories: aerobic (utilises oxygen) and anaerobic (does not utilise oxygen). Aerobic exercise is up to 19 times more efficient than anaerobic exercise. Therefore to maximise endurance sporting performance, endurance athletes seek to make their aerobic capacity as efficient as possible, delaying the onset of their inefficient and fatigue inducing anaerobic pathways.

However, for the maintenance of aerobic systems during exercise (which increases metabolism), circulating oxygen levels in the blood must be able to meet the body’s demand for this increased energy metabolism. There are three main ways to increase the circulating oxygen:

With regards to elite endurance sport, the first point would only be possible if you were exercising with an oxygen cylinder on your back, which would not only be highly impractical, but also illegal in most sports. The second point is already employed by all athletes, as the energy demands in your body rises with progressively intense exercise, respiratory rate increases in proportion to this demand. However, if the intensity of the exercise continues to increase, there is a limit to how hard and fast you can breathe and your body begins to utilise anaerobic metabolism. This rapidly becomes unsustainable, leading to fatigue and lactic acid build up. However, this third point, increasing oxygen carrying capacity, can be manipulated.

Oxygen is transported in the blood in two main ways: dissolved (2%), or reversibly bound to a molecule called haemoglobin (98%). Haemoglobin is the functional oxygen carrying unit in the blood circulation. The strength of this bond between haemoglobin and oxygen changes during different stages of the circulatory system – this is referred to as the affinity of haemoglobin for oxygen (a source for our company’s name). Therefore, it is clear that the oxygen carrying capacity in your blood circulation is largely dependent on the number of red blood cells in your blood volume – the concentration of these red blood cells in your blood volume is known as your haematocrit.

The formation of red blood cells occurs in bone marrow and is known as erythropoiesis – this is stimulated by a hormone secreted by the kidney known as erythropoietin (commonly known as EPO), When receptors in the brain and blood vessels sense low oxygen levels, the body stimulates increased production of EPO which subsequently stimulates the bone marrow to increase production of red blood cells. These low oxygen levels in the blood can be achieved by continuously inhaling air with a lower concentration of oxygen than your body is used to, such as visiting higher altitudes. At higher altitudes, the reduced pressure of the atmosphere means that you inherently inhale less oxygen and trigger the above mechanisms.

These endurance enhancing effects have long been known to elite athletes, with many having travelled the world over the last 50 years seeking to increase their haematocrit and improve upon their aerobic capacity. However, over the last 20 years, a new technology has emerged which enables altitude to be simulated in an enclosed space or tent, creating a low oxygen environment, but maintaining the same surrounding atmospheric pressure. The physiological principles outlined above remain the same when using simulated altitude, leading to an increased haematocrit. Importantly, these altitude tents are recognised as legal methods in all endurance sports, unlike taking hormones to directly increase your haematocrit.

The benefits of portable altitude technology have been immense, with it now being commonplace amongst elite athletes in the majority of endurance sports. The altitude tent systems can be used alone (and save significant costs of frequent altitude training camps), or in conjunction with altitude training camps both before to smooth the adaptation phase to altitude and after to prolong physiological gains post camp. Further advantages include weight loss (due to raised metabolism required for increased erythropoiesis), maintenance of fitness for injured athletes and improving VO2 max. The development of altitude tents also helped pioneer and facilitate the concept of the “live-high, train-low” model.

The ‘high-low’ training model predicts that, similar to traditional altitude training, exposure to a high enough altitude for an adequate amount of time induces erythropoiesis. However, the unique feature of the high-low model is the inclusion of lower altitude training. By going ‘low’ for training, the athlete is better able to maintain training speeds near that achieved during training at sea level. Additionally, oxygen flux (the amount of oxygen delivered to peripheral tissues per minute) in skeletal muscle during training is increased at lower altitudes compared with higher altitudes. This augmented oxygen flux is thought to help maintain the overall training stimulus and thereby the structural machinery (‘symmorphosis’) that comes from chronic endurance training.1

It has been found that athletes who lived at an altitude of 2500m for 4 weeks demonstrated1:

With simulated altitude, the physiological increase is not quite as high (as the length of exposure is reduced), but still significant, with a demonstrated increased red cell mass of 5%. Extrapolating data from above to a simulated altitude model gives an increased VO2 max of 3.75% and predicted performance improvement over 3000m (0.94%), 5000m (1.88%) and the marathon (3.13%). This translates to an approximate 5 seconds faster over 3000m, 15-20 seconds faster over 5000m and 4-5 minutes faster over the marathon. With regards to power, following a 2 week intense training period, research has also shown a peak power output (PPO) improvement in elite athletes. For those utilising an intense training programme and a live-high train-low model (with a simulated altitude tent) PPO increased by 24 watts, compared to an increase of 7 watts for those utilising a similar training programme on a live-low train-low model – a difference of 17 watts.2

In summary, just how strong, in competitive terms, is this potential improvement in performance from simulated altitude? Consider that in the last five Olympic marathons (2000, 2004, 2008, 2012 and 2016), a combined total of 84 men and 95 women finished within 5% of the gold medallist’s time. The improvements, seen with the high-low model, therefore have the potential to dramatically affect the outcomes of not only major championship marathons and other elite endurance events, but also significantly aid all athletes whether they are trying to run a 10k personal best to maximising endurance for individuals within a team sport.